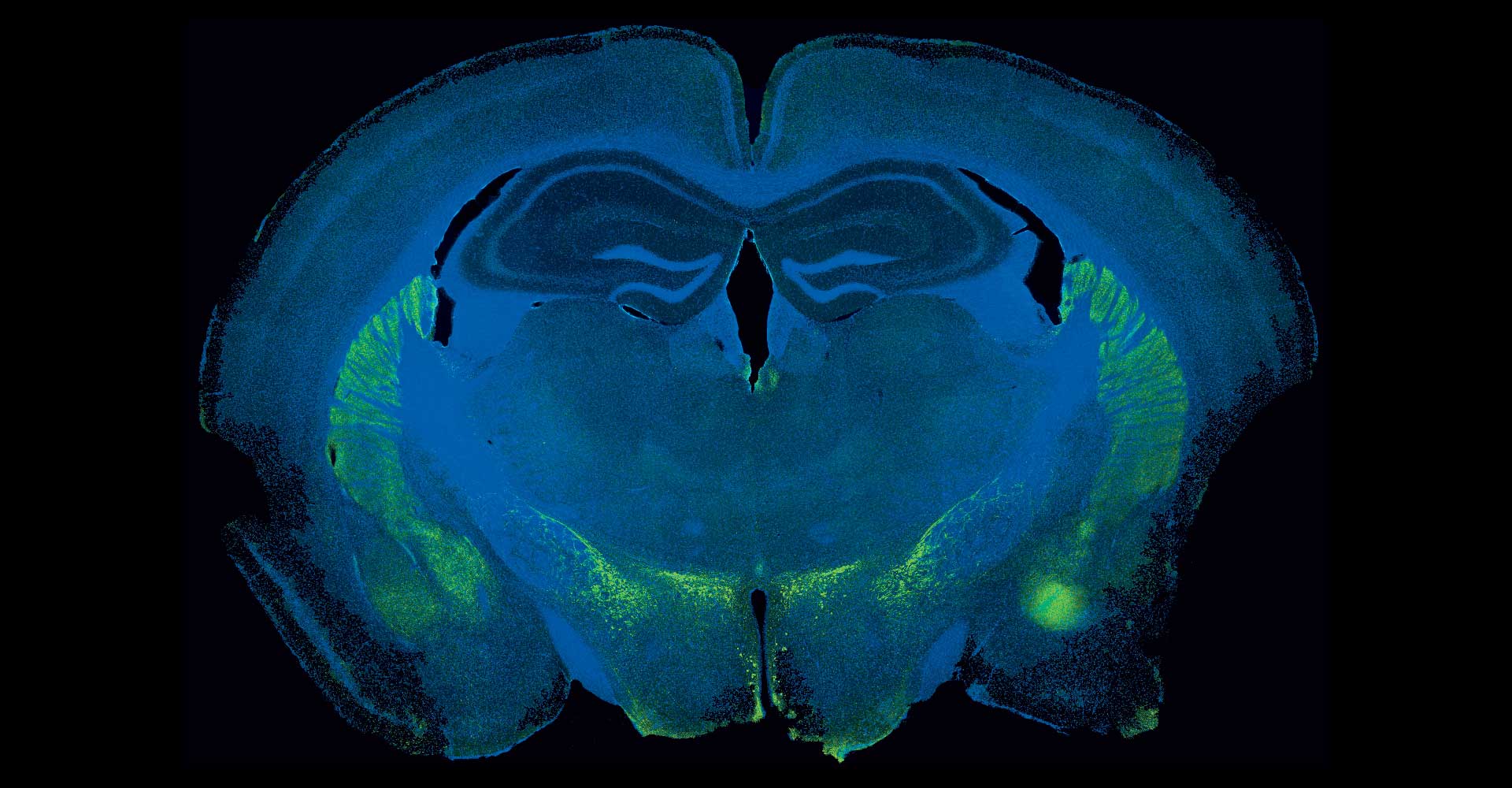 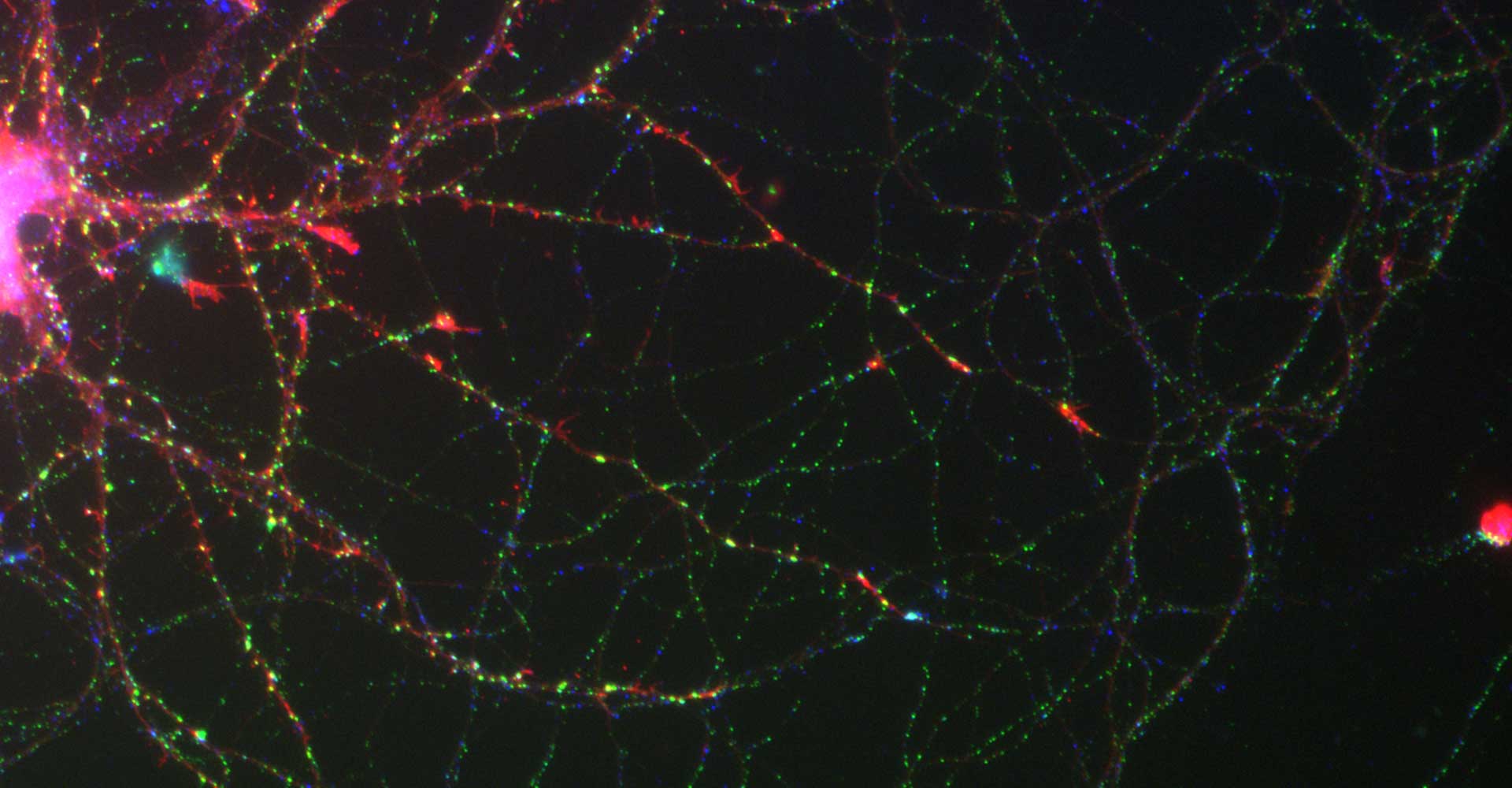 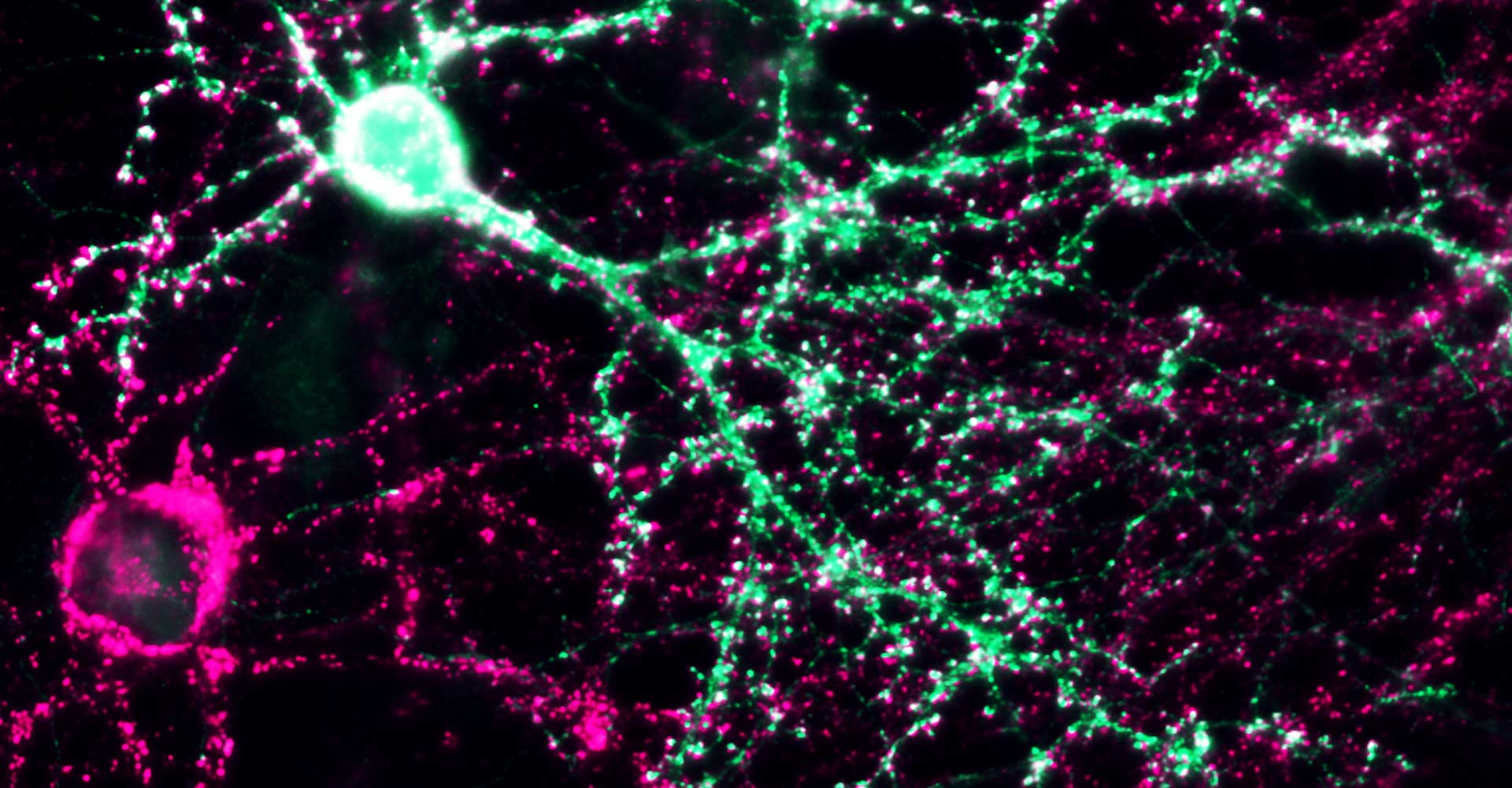 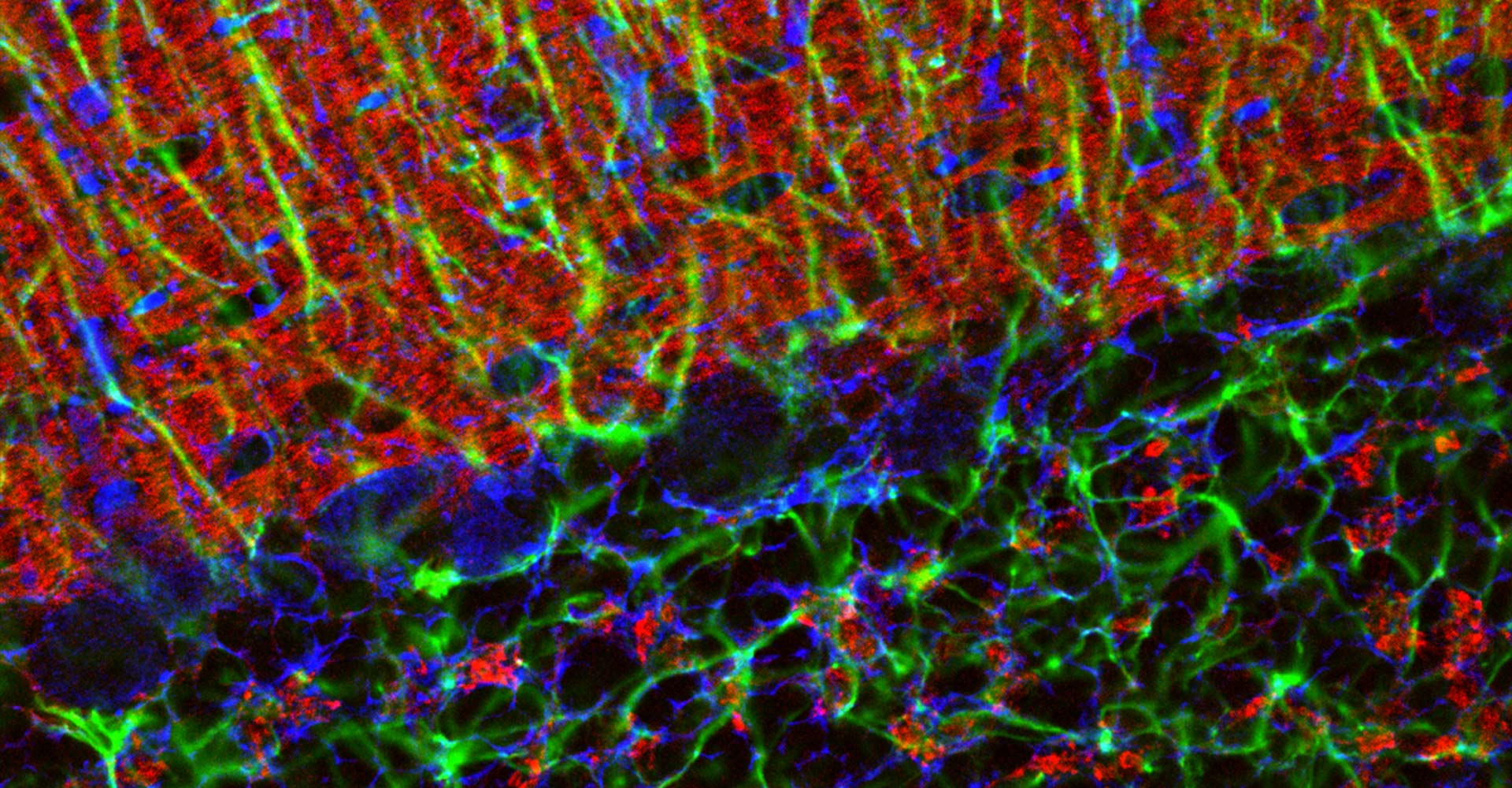 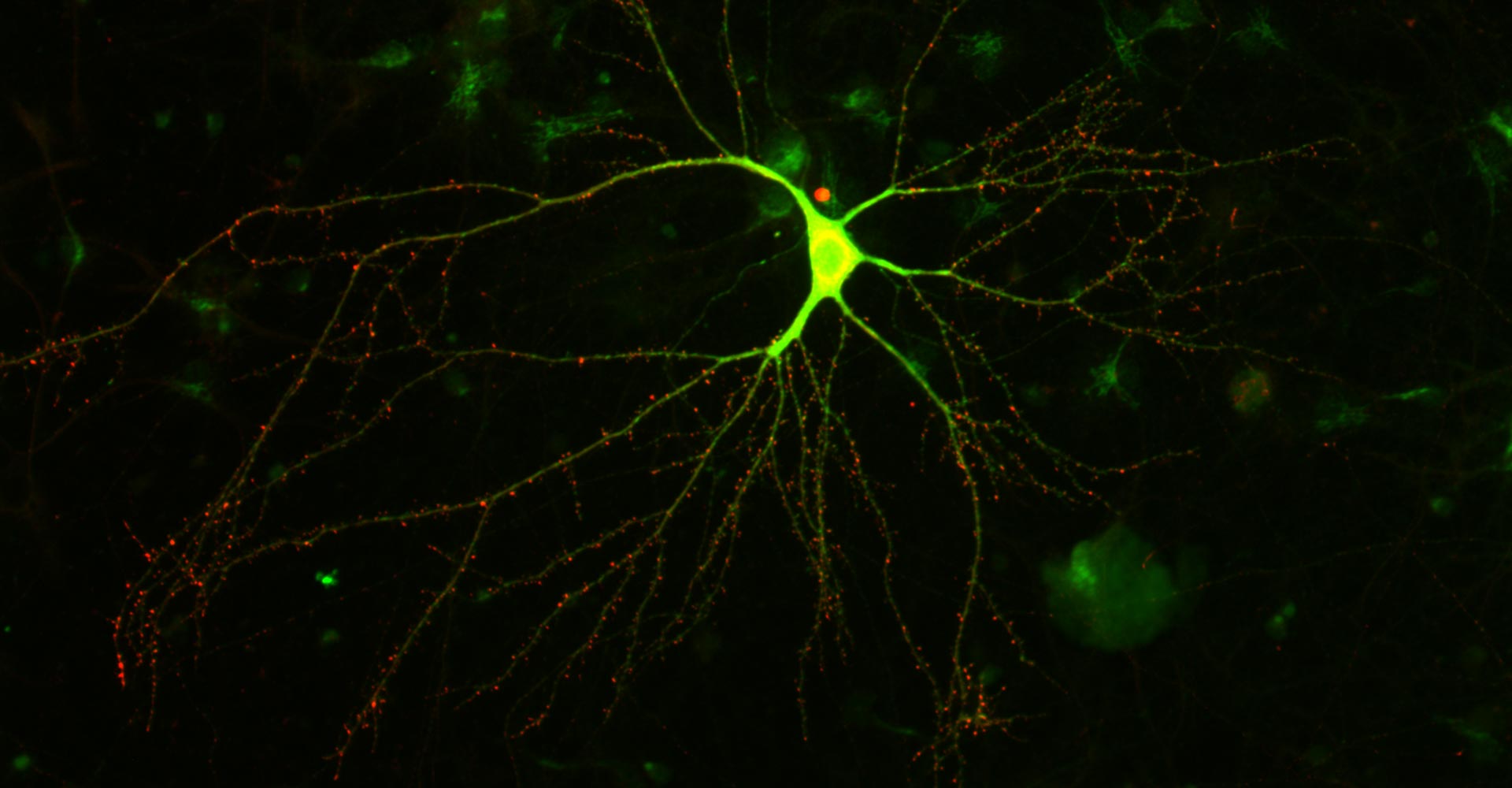 We study how synapses are formed and fine-tuned to create a functional network. We want to understand how failures in synapse formation and function can be fixed to restore synaptic function in neurological disorders. The idea that synapses consist of molecular nanomachines inspires us. The molecules that we study have been linked to autism, schizophrenia and to a rare disease called Kohlschütter-Tönz syndrome. Read more about it here.

A synapse consists of a presynaptic nerve ending built to release neurotransmitters and a postsynaptic nerve ending built to detect neurotransmitter release. What sounds like a simple design is actually a highly intricate assembly of molecules. It consists of both a common core machinery that is similar at all synapses, in all organisms, and in neuronal cell cultures (“release and detect”); and a number of additional molecules that regulate this machinery (“release with a certain speed for a certain amount of time”). These specialized molecules make synapses different, rendering some synapses remarkably reliable, for example for hearing a certain sound, and others particularly plastic, for example for creating a memory.

The brain relies on nanomachines that create (or represent) thoughts, emotions, sensations and decisions. We assume that sometimes some of these nanomachines work in unconventional ways, perhaps in some cases of autism, or are blocked, for example in Alzheimer’s disease, schizophrenia, and in very severe cases of autism. We hope that by understanding how synapses are generated, fine-tuned, eliminated and replaced, we can aid medical progress and ultimately help patients.

Visit our gallery and feel free to comment and ask questions.